Some months ago my colleague Rys Sommefeldt wrote an article offering his (deeply) technical perspective on how a chip gets made, from R&D to manufacturing. While his bildungsroman production covers a lot of the engineering details behind silicon production, it is light on the business side of things; and that is a good thing because it gives me opportunity to steal some of his spotlight!

This article will give you a breakdown of the IP licensing model, describing the major players and the relationships between them. It is not designed to be a complete guide by any means and some parts might already sound familiar, but I hope it is a comprehensive overview that can be used by anyone who is new to product manufacturing in general.

The diagram below offers an analysis of the main categories of companies involved in the semiconductor food chain. Although I’m going to attempt to paint a broad picture, I will mainly offer examples based on the ecosystem formed around Imagination (since that is what I know best). 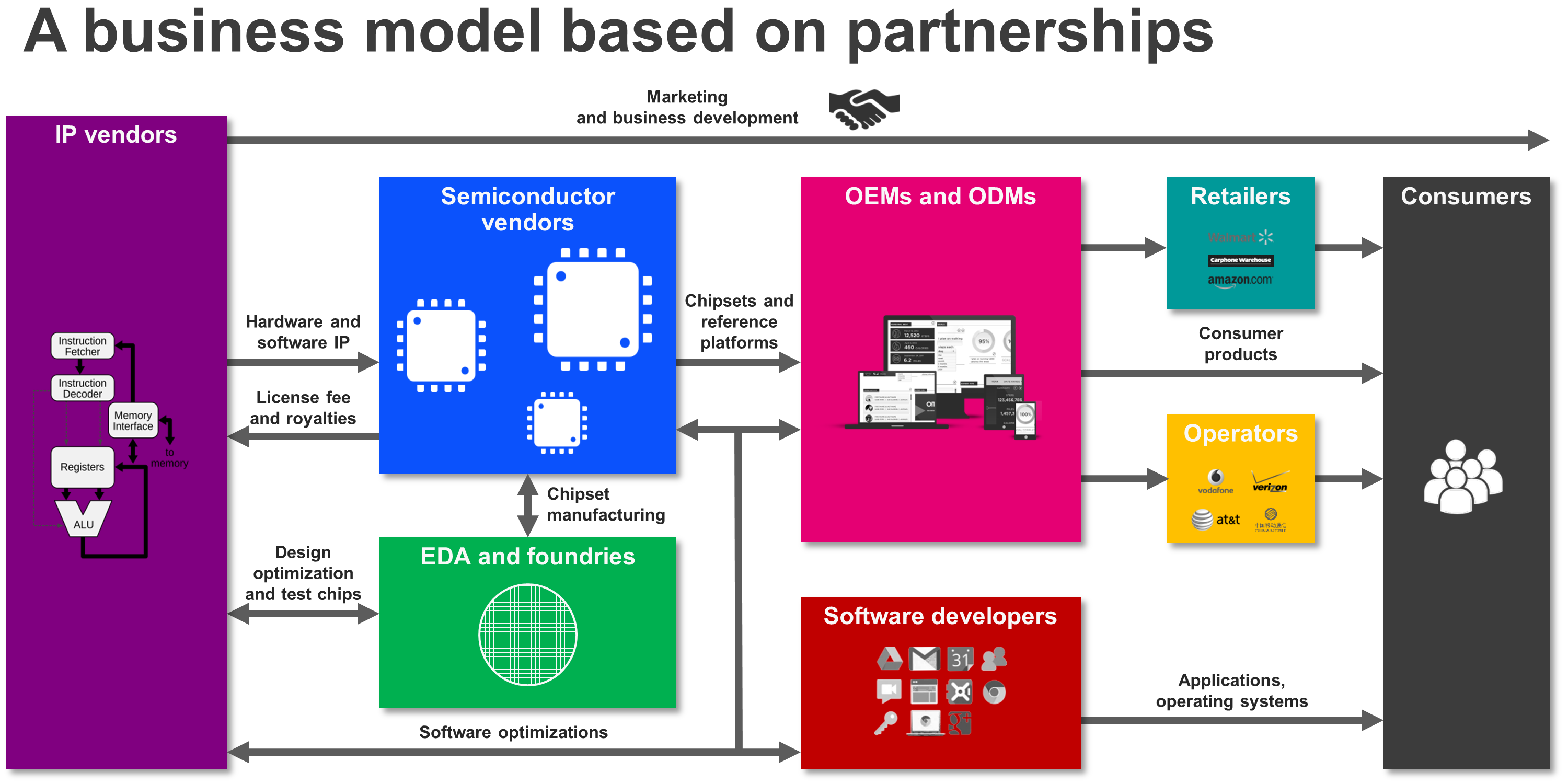 A simplified view of the manufacturing chain

Let’s work our way from left to right.

Traditionally, these are the companies that design and sell silicon IP. ARM and Imagination Technologies are perhaps the most renowned for their sub-brands: Cortex CPU + Mali GPU and MIPS CPU + PowerVR GPU, respectively.

Given the rapid evolution of the semiconductor market, such companies continue to evolve their business models beyond point solutions to become one-stop shops that offer more than for a wide variety of IP cores and platforms, comprising CPUs, graphics, video, connectivity, cloud software and more.

For example, Imagination has recently announced an entire range of reference IP platforms designed to accommodate the rapidly shifting IoT market. Take the smart sensor IP platform below: not only does it include the full hardware IP required to build a chip (a MIPS Warrior MCU and an Ensigma Whisper RPU), but it also comes pre-bundled with all the additional software required to connect the device to the cloud (the Creator IoT framework). Moving up the performance ladder, we find the connected audio IP platform, built around Caskeid – an innovative combination of hardware and software IP that delivers pitch-perfect wireless audio streaming.

For any new deal signed, the IP vendor will charge an up-front premium called a license fee.

Based on factors such as the complexity of the IP, cost of development, target applications and expected volumes, a license fee can vary from 100,000s to 1,000,000s of dollars.

Once products using the IP start shipping, the vendor will also receive royalties. They represent a fraction of the total chip cost and can be between a few cents to tens of cents, depending on a range of factors, including the ASP (Average Selling Price) of a processor.

The royalty rate also varies over time as companies move to larger volumes. 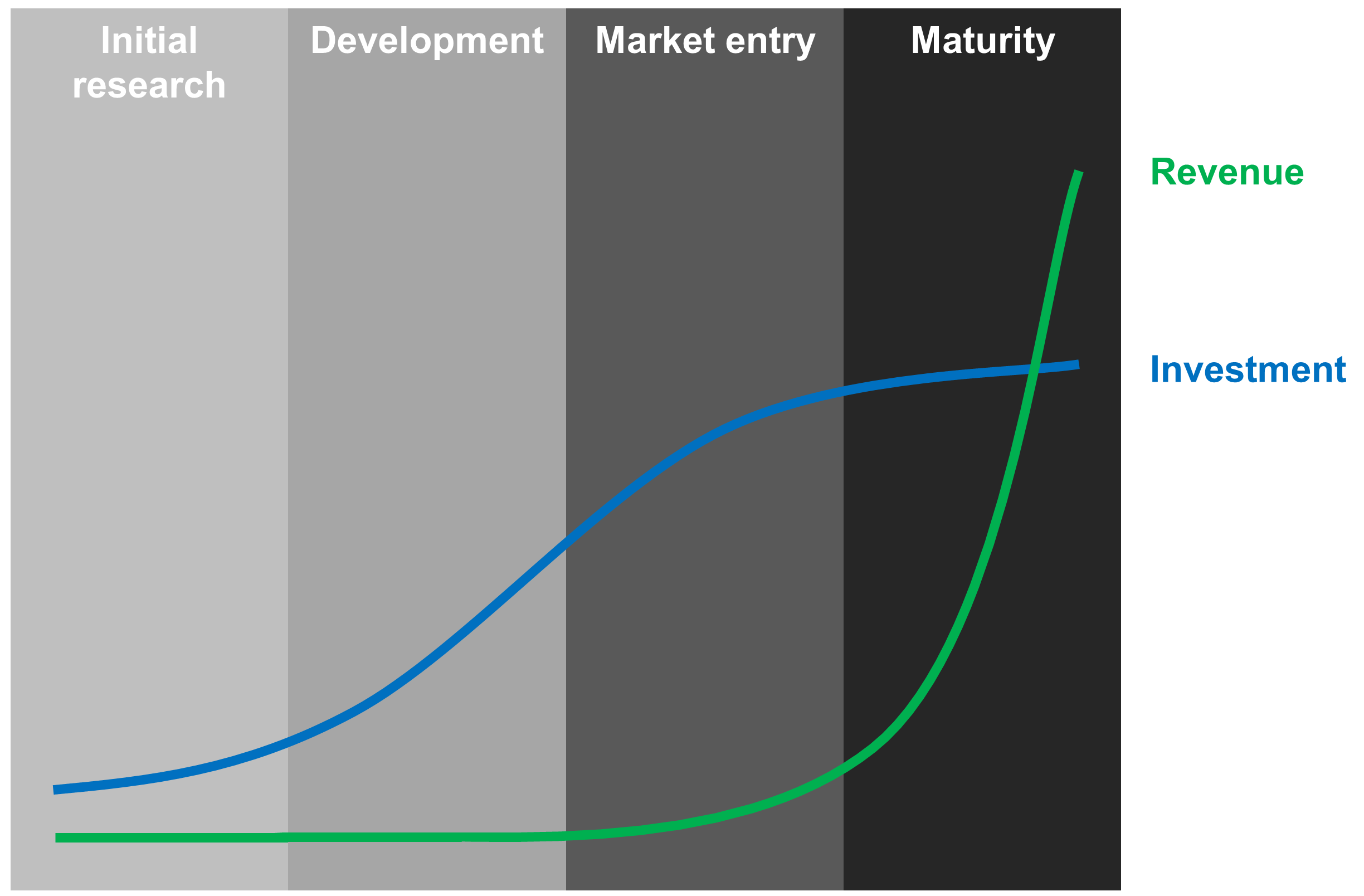 Revenue vs. investment curves for IP

The diagram above shows you the ideal relationship between investment and revenue for IP; notice how companies must make a significant financial investment if they want to see a jump in revenue once that piece of IP reaches maturity.

In terms of deliverables, there are generally two types of licensable hardware IP:

Read When SoC met IP to learn more about the implications of licensing off-the-shelf IP and/or an entire hardware architecture.

Any license has complex legal implications but generally an SoC company looking to purchase IP will be presented with three options:

In addition, many IP vendors develop in-house physical IP to help SoC designers hit specific targets. Take the Design Optimization Kits (DOKs) for entry-level PowerVR Rogue GPUs for example: it is essentially a pre-verified package guaranteed to fit in a certain silicon area – a vital requirement for that specific market; there are also DOKs optimized to hit the high performance efficiency goals of the premium market. 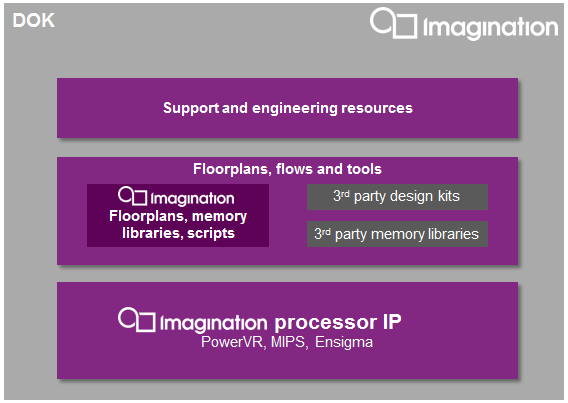 The combination of the two guarantees you will likely hit the maximum number of customers interested in licensing from any given generation of IP.

Fabless semiconductor companies like Actions Semiconductor, Allwinner Technology, AMD, Broadcom, Marvell, MediaTek, Microchip, Qualcomm, Rambus, Rockchip, Realtek, Xilinx – and the list goes on – are designers of the semiconductors that power many of our electronic products.

There are two main routes for fabless chip makers to design (parts of) an SoC: license from an IP vendor or produce your own in-house design. According to a recent chart presented at the 2015 Imagination Summit in Santa Clara, designing in-house processors takes 3-4 years and costs between 100-200 million dollars, on average. Meanwhile, licensing IP cuts the cost to $10-$50 million and reduces design time in half.

Another remarkable phenomenon is the degree of consolidation occurring in the semiconductor space; in the last three years alone, there have been some huge mergers and acquisitions – NXP/Freescale, Avago/Broadcom, and Intel/Altera being the most recent examples. 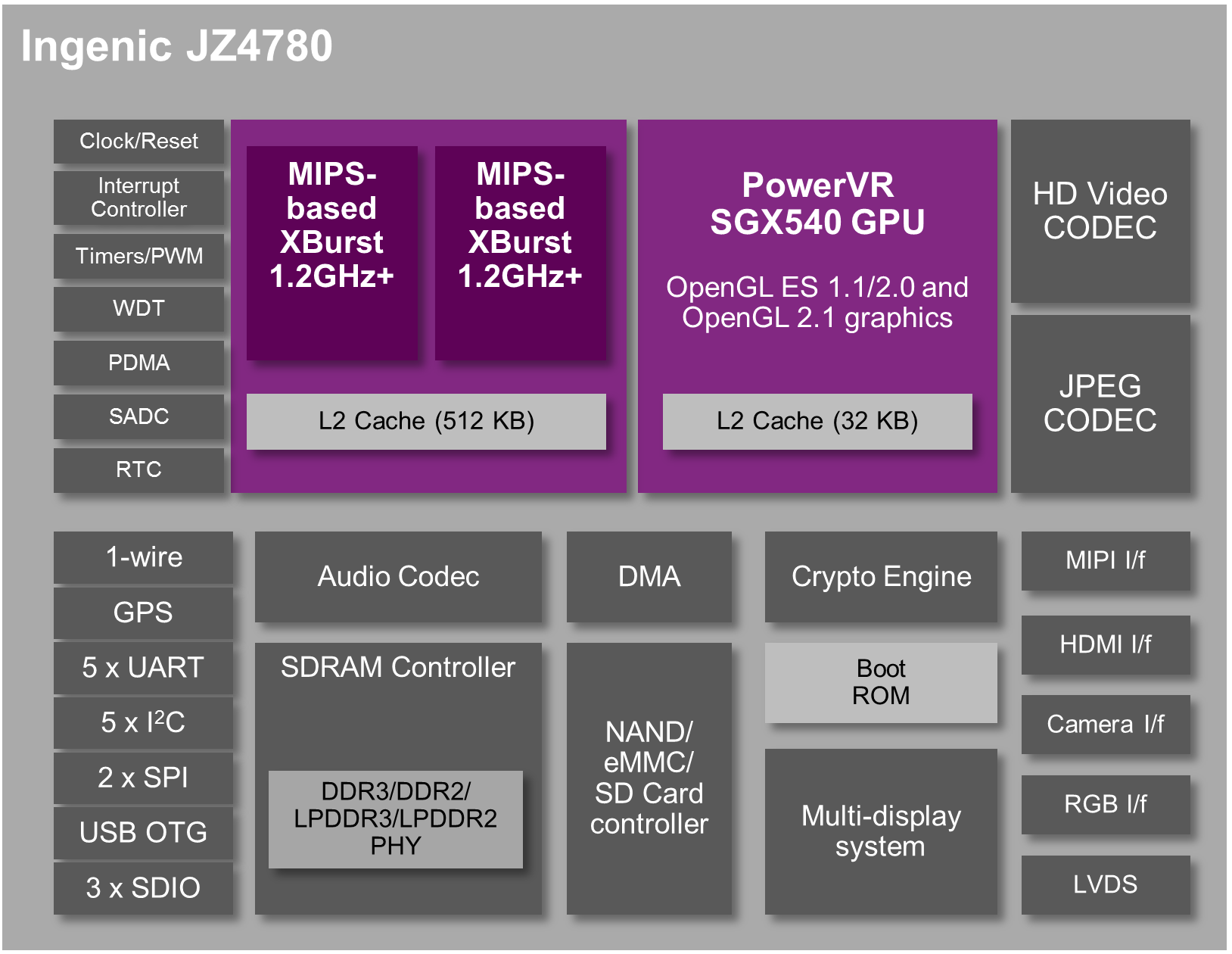 One aspect that usually goes unnoticed is the amount of effort that goes into marketing a chip. Gone are the days when all you had to do is take a design into mass production and then simply count on the OEM to do the rest of the heavy lifting for you; now semiconductor vendors have to produce full reference platforms (notice a trend here?). Some even become a full-fledged OEM and start selling directly to consumers.

This occurs especially in regions like Asia where OEMs rely heavily on chip makers to ‘hunker down and git’er done’ – and sometimes that even means building a fully-certified, ready to ship device. Through collaboration with OEM/ODMs some semiconductor manufacturers are changing their value proposition and helping to deliver more complete devices to consumers. 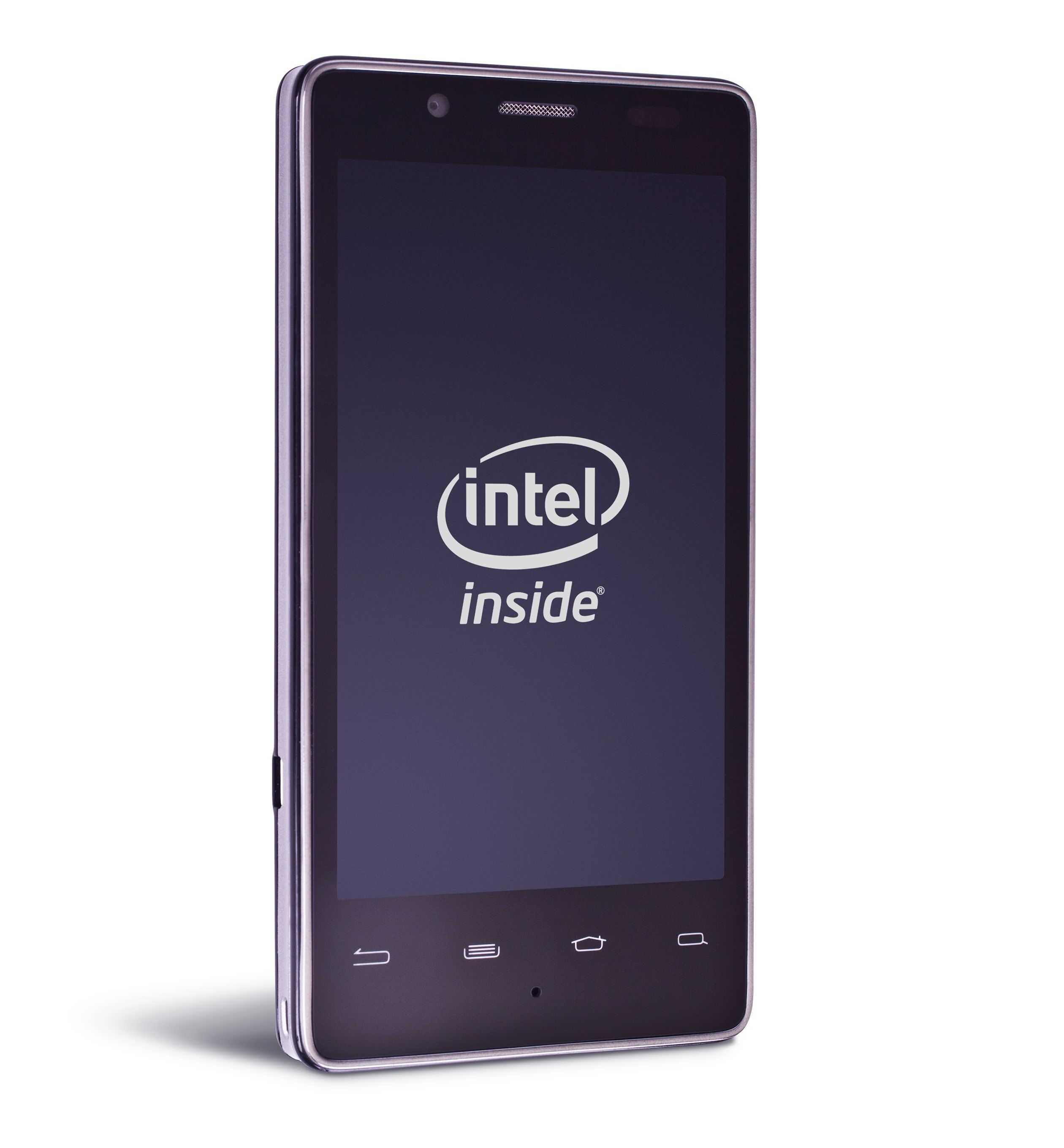 Finally, the consumer gets a device that costs considerably less than a similarly-specced flagship product.

Imagination maintains a very close working relationship with all of the above. EDA companies help us produce DOKs and also collaborate on designing test chips or FPGA prototyping rigs. These products help us better verify our designs before they enter production while EDA guys can also help their customers (semiconductor vendors) hit targets faster. 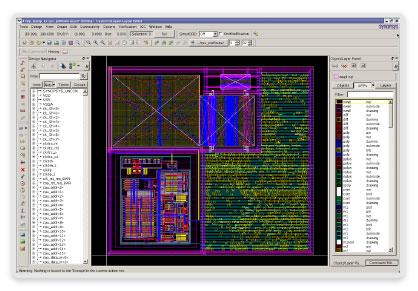 Here’s a little known fact: Synopsys and Cadence are also large suppliers of IP (some of the largest in the world by revenue and sheer breadth of offerings). Synopsys ships a wide range of CPUs and peripheral IP. USB, PCIe, DDR, SATA, HDMI, MIPI, Ethernet – you name it, they most certainly have it. Cadence on the other hand has recently acquired Tensilica, a strong contender in the DSP IP market.

Foundries like to keep IP vendors close because they can optimize process nodes and libraries on a broad selection of processors and architectures. This ensures they can service a larger customer base and adapt to ever-changing market conditions. 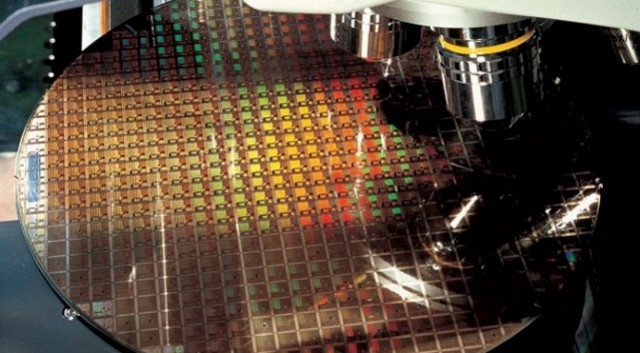 Two relevant examples are the recent process nodes from TSMC designed for ultra-low power IoT devices – 16nm FinFET C (16FFC) and 28nm HPC+; they were introduced specifically to serve a growing desire to reduce power consumption for constrained devices such as wearables and IoT sensors.

Although many will look away thinking there isn’t a lot to see here, I really find this segment fascinating. I won’t focus too much on the history of device manufacturing or the leading companies today.

Instead, I will provide a quick snapshot of the rising stars in the East. If you think of the number of companies that really started from nothing five years ago (Xiaomi, OnePlus, OPPO, Meizu or Micromax, etc.), it is truly remarkable how quickly they have grown. Many enjoy cult-like status in Asia and seem to be getting exceptionally good at delivering true flagship products at very attractive prices.

The enormous success of these local heroes has been based on incisive marketing strategies and speaking directly to consumers: viral marketing campaigns that produce real results, affordable and usable devices that look good, access to local services, and customer support channels specifically tuned for regional requirements.

This back to the roots approach to product design and marketing gave Xiaomi, Meizu and others a big boost in popularity; soon, market share growth followed suit. In a big way.

Another interesting development is the increasing interest displayed by online service providers (particularly e-commerce companies) in becoming OEMs. For them, the hardware platform becomes less of a revenue stream and more of a strategic tool for delivering value-added services. The classic example is Amazon and the Kindle Fire program but Microsoft is another company worth following; a lot has also been written about the Alibaba Group recently acquiring a large chunk of Meizu. 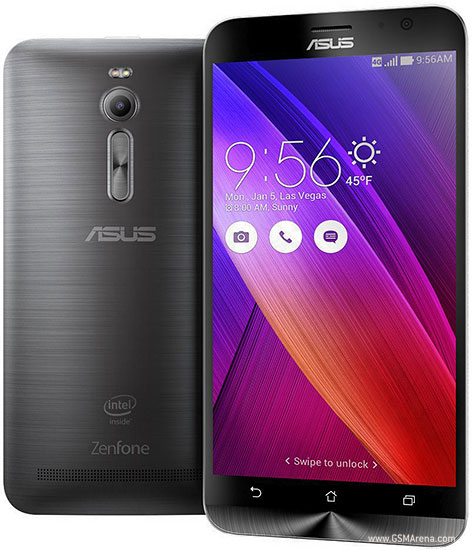 Finally, ODMs are striking some surprising deals too, moving beyond their traditional contract manufacturing role. When Nokia launched the Intel-powered N1 tablet (its first mobile device after selling off the Lumia brand to Microsoft), Foxconn emerged as a strategic partner, going into uncharted territory by handling distribution, sales and customer care, and reportedly even taking responsibility for liabilities and warranty costs. 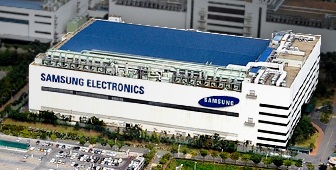 I can serve up many examples of vertical integration in the semiconductor market; for the sake of time, I will focus on the three that I think are relevant today:

It will be interesting to see whether Samsung will remain the only semiconductor-foundry-OEM juggernaut or if anyone else will make a move.

Obviously, I have kept the best for last (note: praise from hardware engineers is like catnip for software developers). This category is an important piece of the puzzle because it makes or breaks an ecosystem. You can have the world’s best hardware – if there is no optimized software to run on it, it will die a certain death.

Growing and maintaining an ecosystem requires considerable effort from hardware vendors. For example, many sources have confirmed that Intel employs more software than hardware engineers.

At Imagination, there are multiple teams writing software for MIPS CPUs; emulators, compilers, OS bring-up, customer support and many other tasks requiring a sizeable team of software experts.

There you have it! You’ve read about how semiconductors go from concept to product and now you’ve learned how different pieces of the business puzzle sit together.

No matter how the market evolves and irrespective of who survives, one thing to remember is the remarkable contribution made by all the companies mentioned here – and others too – to today’s rapid technological progress.